Mounted weapons are attached to spaceships or space stations via a hardpoint and a fixed or turntable mount. They typically receive power from the network via their mount, which is converted into local energy within the weapon's body, though missiles and torpedoes do not actively draw electricity to fire their payloads. The available weapons are the autocannon, laser cannon, plasma thrower, rail cannon, missile, and torpedo.

Mounted weapons such as the autocannon, laser cannon, plasma thrower, or rail cannon are constructed of many different modules, each of which is required for the weapon to fire. These parts include:

Some weapons are small enough that several can be mounted to the same weapon mount; these weapons include the autocannon, laser cannon, and plasma thrower.

Missiles and torpedoes are fired from their respective launchers, which are assembled in a way similar to the aforementioned mounted weapons. However, these launchers do not have magazines to feed ammo, and must be reloaded by hand.

This article is about spaceship and space station weapons, for articles about infantry weapons, see the weapons collection page. 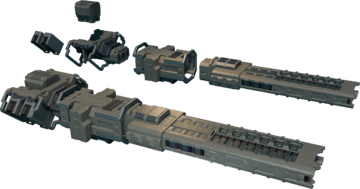 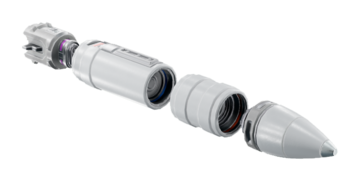 Retrieved from "https://wiki.starbasegame.com/index.php?title=Mounted_weapons&oldid=29616"
Category:
Cookies help us deliver our services. By using our services, you agree to our use of cookies.