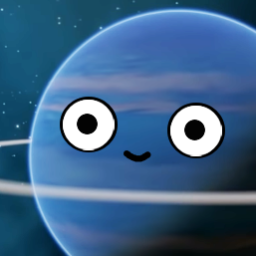 The original profile picture, used by PipFB. The image that sparked the meme.

26th April is now known as Pip Appreciation Day within the Starbase community.

If adding new pipture, append to the end.

On the 26th of April, 2020, at 9AM GMT, a group now known as the Church of Pip launched a mass event on the Starbase Discord's general chat, which involved over 20 members typing 'pip' once.

15 hours before the event took place, Discord user Senkii#0001 created a new Discord server which could serve as a hideaway for those willing to participate in the event, known then as 'The Pip Appreciation Cult'. The idea stemmed from a meme based around PipFB's new profile picture, which depicted a cute face on the only planet in Starbase, Eos. Other people began making rip-off versions with slight tweaks as a joke and setting them as their own profile picture. This trend caught on and is the beginning of the Church of Pip.

The requirements for the event were simple; change your profile picture to a rip-off of Pip's current image (a blank Eos template was provided), change your Discord username to involve the word 'Pip' somewhere within it, and occasionally use the word Pip in a sentence, either as a replacement for another word or in conjunction with other words. News of the event spread quickly, and not long after, the server had at least 30 members with special profiles ready for the surprise. Before 9AM GMT, everyone participating was to meet the host in a Discord voice chat on the Starbase discord server to perfectly time their messages all at once.

The surprise consisted of people all messaging #general-chat in the main Starbase Discord server at the same exact moment. There message was simple, one word: "Pip". Over 27 people messaged at once, immediately flooding the chat with the name of the beloved developer of whom the plan was based on. One of the moderators, dusty, immediately reacted to the phenomenon, posting the message 'Stop', which was quickly reacted to by those participating with a multitude of colored Pip emojis. PipFB then noticed the chat, after being pinged twice, reacting purely with confusion: 'what :D'. Those who could not make it to the event provided a screenshot of them sending the message Pip instead, and one user, Pickaxe#8839, posted 4 screenshots for those who could not attend it.

The next few minutes consisted of a highly active chat, including thank you's to those who attended, confusion from those who witnessed it, and memes.

The next minutes of the chat were flooded with people laughing at what they had witnessed, people confused as to what happened, PipFB laughing, and the moderator dusty at work. It had reached the point where dusty decided to enable a 1 minute Slow Mode in #general-chat due to the sheer amount of spam that was occuring as the result of the mass message. People complained and began a hashtag, which changed over time. User Willoguns began by saying 'pls no more slowmode #revoltagainstslowmode', which was followed by many other messages containing the hashtag. One user, mrchip, posted '#slowmodewillcomeoffeventuallychill' which is presumed to be an attempt to calm the chat. 2 messages later, user Food began the revolt against dusty, the moderator, for enabling slow mode in the first place. His message: '#overthrowdusty', then followed by '#revoltagainstdusty' which became the new chant. User Shwetty26 said '#iwanttopostmoreofmymemes', giving a reason to the riot, but this did not catch on surprisingly. People began to copy the hashtag and post it again, one user even posting a Simpsons meme of a group of people with torches and pitchforks marching forward, to represent the proceeding events. One user asked what was happening, and dusty responded with 'Yeah, these nerds happened', obviously annoyed by the situation. Eventually, slow mode was reduced to 10 seconds, and then, 2 hours after the event and numerous conversations involving PipFB and other developers, slow mode was removed, and the chat normalised.